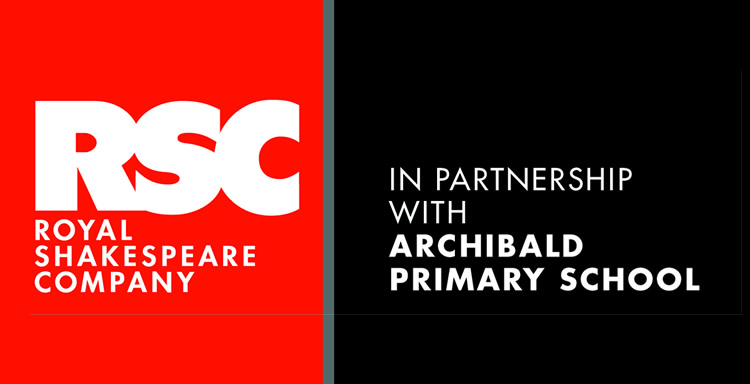 In previous times these days were fun, The Play rehearsed, preparations done;
Our Shakespeare Fest was on the road, And Parents said our efforts showed
What could be done when properly led, By Actors, who, now, may as well be abed;
For now, the festival is lost, Through Plague, at, as yet, unknown cost;
But we can try again next year, That's if we can get the RSC back here.
I hope for better times. Also, that everyone is well.

Archibald Primary School began their partnership with the Royal Shakespeare Company in 2012 as part of the ‘Learning Performance Network’. Three members of staff have achieved a Post Graduate Certificate in the Advanced Teaching of Shakespeare and we recognised that the rehearsal room techniques used in school greatly improved writing outcomes for our pupils.

In 2015, when the programme ended we continued to provide training and support for schools in our network. All three teachers have continued to use their expertise within school for the benefit of our pupils. 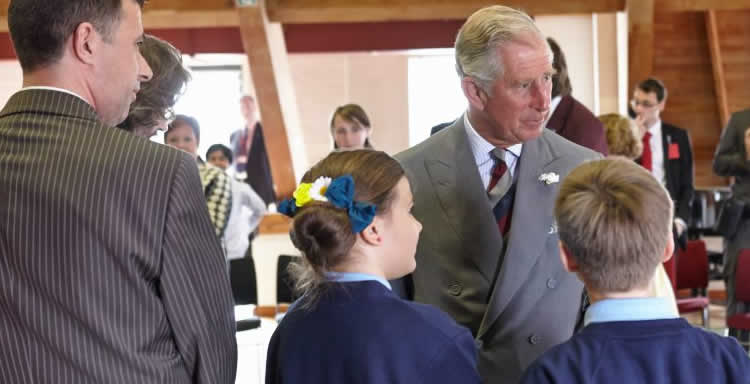 In 2016, after a year working independently, Archibald Primary was successful in becoming a Lead Associate School for the RSC’s new programme for schools. We have continued our work with a number of schools each year. We use a local community centre, the Acklam Green Centre, to host training and our final performances. Each year we perform a Shakespeare play. We have over 240 pupils performing within two days and, in total, we have an audience of over 600 adults during that time. We are definitely bringing Shakespeare to Middlesbrough.

There have been many exciting opportunities afforded to us during our partnership with the RSC. We received an invitation to meet His Royal Highness, Prince Charles. The RSC School Co-ordinator and two Year 5 pupils travelled to Stratford to meet Prince Charles. This was a very special moment that will never be forgotten. The children recited a speech from ‘A Midsummer Night’s Dream’ and we were thrilled to hear His Royal Highness speak highly of Middlesbrough. 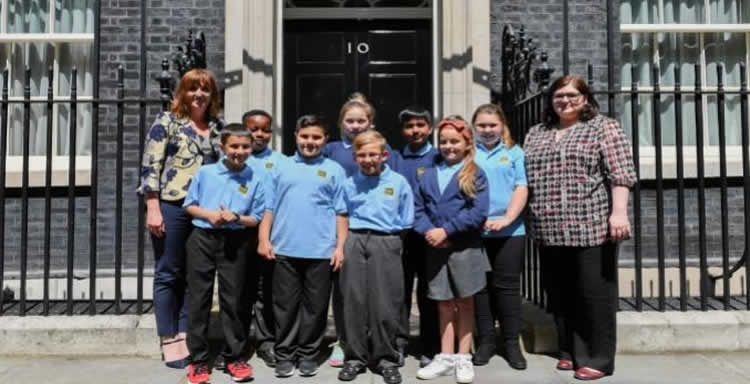 In 2016, we were invited to No. 10, Downing Street to take part in an RSC workshop. We worked alongside schools from across the country inside the doors of this historic building.

Our pupils were fantastic and this is a memory we will keep forever.

Mrs Jefferies stated: "We are very proud of the partnership we have with the Royal Shakespeare Company and this award reflects the pupils' hard work and the commitment of our staff. We are absolutely delighted to have received this award."

This very special award will now be displayed with pride in school.

We are extremely proud to hold this award. Hoola Hoop PiXL Performance video